Building Patterns of Robustness for your Physical Body will result in increased energy and abundant health and well-being.

A Robust Body is a Healthy Body.

Each of us has our own idea of what health is. To one it may be about being fit and vegetarian, to another it could be about minimizing pain. This is all determined by your history, as you have already created your own pattern of health. What you need to decide is whether that pattern you have developed, usually by default, is working for you or not. It is no coincidence that you have a pain in your knee like the one that your father experienced, or have tendencies to worry and depression just like your mother did. These were patterns you adopted a very long time ago. What you didn’t understand, as these patterns were being formed, was that they were going to become your default patterns. They were going to become etched into your body just as they were etched into your parents’ bodies. The medical fraternity calls it ‘heredity’; we call it ‘patterning’.

Everything is changeable. When you know you have created something that you don’t want, you can then choose whether you want to change it, or not. Some of you may be wondering why this is even a question. If you have a pattern adopted from your parents that is detrimental to your health, surely you would want to change it, right? But this is not always so. Not everyone is interested in changing to a healthy lifestyle. There are many reasons for this, and they can range vastly from person to person.

A forty-year-old male client came in to see us and spoke about the line of depression in his family. It extended to his mother, father, grandmother and so on. He was nonchalant about what he termed as his ‘hereditary depression’, as he felt he couldn’t do anything about it. When I explained to him that he may have adopted depressive behavior from his parents, as that was his environment in his growing up, he was surprised. I suggested that it may be worth his while to bring about some change in his thinking patterns, and his response was quite surprising. After we spoke together, I realized he actually didn’t want to change; he just wanted to let people know he had an excuse for his behavior. When I tried to take that away from him, it was like removing his safety blanket and it is suffice to say, we never saw him again. There are many reasons people hold on to an illness or debilitating disease, and we all need to respect where they are on their journey of life.

For those of you who do want to create patterns that serve you and your body well, this may be a good time to reflect on the default patterns that were created in your childhood. You don’t need to travel back in time for these, as any past debilitating patterns will display in your present life. Since most people adopt the patterns of their parents, it stands to reason that those thought patterns have been established for generations. Now that you don’t live with your parents any more, you are able to see your parents’ relationship from an outside perspective, which can give you an insight into the patterns you have adopted. By observing how they created bliss or attracted illness, and what patterns influenced their health, you can gain an insight into your own patterns.

These responses are building a platform of health to deal with situations in a comfortable manner. The platform is created when a habit pattern is established. It’s the processing rather than the situation that is important, and it’s built up over a period of time. The time to start developing healthy patterns is right now, when you are already feeling good. Feeling present in your body, and clear in your mind are the foundations of a robust pattern. That is the time to emphasize what you are enjoying and how wonderful it feels.

Welcome to 6 Dimensions of Healing 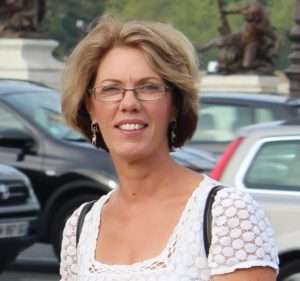