How to Find that Powerful Voice Within

Become a Powerful Leader for your Cause

It may seem as though the world has gone mad at the moment with riots, looting, anger and violence in the streets and even though we’ve seen this before in isolated incidents or in other countries, when it’s all around us it can seem surreal, as if the world has gone mad. And it’s a scary place to be standing because you don’t know what comes next.

It seems the opposite to powerful so how did we get to be here right now?

I’d like to give you a perspective, a broader perspective of what I can see happening. A broader perspective is instead of being in the forest and seeing only trees, having a vantage point from a drone where you can see not only the whole forest but how it fits into the landscape.

I’ve been a spiritual counselor though for over 22 years, working with human behavior and for the last 14 of those years, I’ve been specialising in moods. That’s right, in moods or emotions. And because of what I’ve learnt, I could see this chaos coming long before it surfaced.

I’m not here to justify or give reasons or even give people excuses for the way they behave. This is just about helping you gain your power and your voice in this time of chaos.

On what’s become real in everyday life. In this way, you can begin to make choices that empower you rather than keep you in fear, insecurity and anger.

Let’s go back a couple of months

So let’s go back just a couple of short months, to the beginning of April. Everything began to shutdown. Cafes, bars, restaurants, gyms, manufacturing, service industries, companies that serviced those industries, airlines, schools, visitors and tourists, even libraries and museums.

People were struggling before this happened. Then everything came to a standstill, worldwide. Even I began to feel concerned because Government 101 in any handbook says avoid mass fear and panic, because people become very unpredictable and that can be dangerous.

Yet, systematically nearly every government in the world threw away that handbook and spread fear and panic throughout the people of their nation.

What’s the opposite to powerful?

How else could they get people to comply with giving up their jobs, isolating from one another, separating families and policing others to ‘keep their distance’.

The consequence is that Mass fear and panic began to spread across the world like a pandemic and people began to feel afraid for their lives. And whenever fear and insecurity is spread throughout a community, it has devastating effects.

When it’s on a nationwide or worldwide scale, it’s unimaginable, until it happens. And the consequences are huge.

So all this fear and insecurity was laying fuel like logs that seem innocent enough and get piled higher and higher. 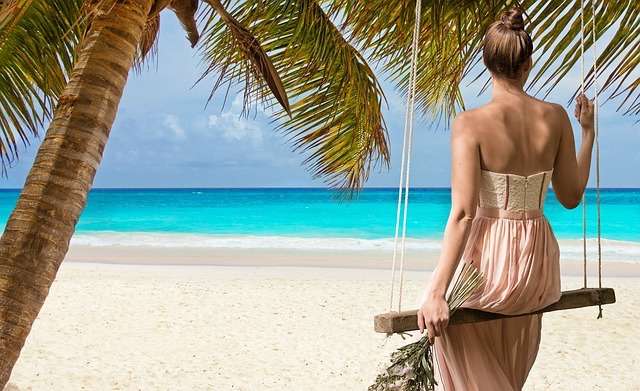 Make Your Tomorrows Different to Today by Joining the 6Dhealing Community

Where is a powerful place to stand?

On a mood map which is your internal emotional guide, love, joy, freedom and appreciation is the ideal place to be. Feeling great, loving, inspired and feeling free. It’s a powerful place to stand.

Things are working out for you. Synchronicities happen, you’re in the right place at the right time. Ideas and inspiration that change the world come from being here. We may not quite reach that level on a regular basis, but that’s our natural state of being and the further we are from that state of emotion, the worse we feel.

So when fear and panic is induced, we immediately drop all the way to feeling fearful and powerless, many even get depressed and take their own lives. And while the world is in fear, all is quiet. There is a silent hush over the nation. The world is united in fear and all is eerily quiet. People are easy to control when they’re fearful.

But in that silence, people are taking in information, and insecurity begins to settle in. Rather than be depressed, there’s uncertainty about what’s going to happen, there seems like very little hope that things will be the same again. Insecurity teeter-totters with fear.

Navigating the road to Personal Power

The next stop along the Mood Map is revenge and hatred. There needs to be an outlet for the rage that’s built up inside, not just over a month but probably for many years and just pushed down.

Then the next inevitable step on the road to regaining your personal power is anger. We’ve dealt with anger before. Everybody feels angry sometimes.

As a nation we’ve even dealt with angry groups of people, there are always radical groups that are constantly angry. So why don’t we buy into those groups normally? What’s different now? Because most of us hang around up here normally. In contentment, hopefulness, maybe optimism, and unless you’re jolted out of that orbit, then it’s easy to ignore what’s going on down here.

But when you are coming from a direction of fear, insecurity and powerlessness, there are steps to taking back your power. Revenge is one and hatred and rage is another. Then anger is the next step in taking back your personal power. We all have to visit anger on our way up the map.

And just like a virus, the nation can handle a certain amount of anger, but when hundreds of millions of people have created fuel from their powerlessness, it just takes a spark of hatred from someone to ignite millions of angry fires across the nation and the world.

When you personally are experiencing anger, then you have 3 choices. Stay angry, go back to feeling fearful or continue your journey up the mood map towards hopefulness and some semblance of normality.

As you can see, anger is a poor master. It incites riots, kills people, devastates communities, states and nations. But it also helps you make choices.

Anger helps you decide what’s important to you and what isn’t. Anger is the beginning of taking back your power, but the longer you stay in it the less powerful you feel. And when you decide that this cause is worth fighting, looting and being violent for, then think again.

Anger has never brought about change, it’s only brought about hatred and more segregation. Taking action with anger only incites anger and hatred. It creates more of what you don’t want, it creates huge divisions of separation.

What does bring about change is the action that comes from inspiration. Feeling inspired and then taking action is the most powerful place you can stand. It unites people of all nations and empowers them.

One inspired person taking action is much more powerful than a million who aren’t. That’s why, when you find an inspired leader, huge change occurs. The type that Ghandi created.

You’re either inspired or you’re angry. Inspired is powerful, people listen and it creates change. While anger only creates hatred and resentment and divides a nation.

Look after your own mood and feel as good as you can as often as you can, take walks in nature, use relaxation or meditation daily to quiet your mind, so that you can become an inspired and powerful leader in yourself, your home, your community and your nation.

Then, when you’re inspired, that’s the time to take massive action.

If you’d like a copy of the mood map, here’s a link

If you’d like to ask any questions you’re welcome to write them in the comments below the youtube video above.

Discover your power and find your voice with 6D Mood Mastery Quickstart.  It’s no burden to carry and it just might change your perspective on life. Now that’s worth signing up for.

Begin to manifest what you want in 3 simple steps.

This FREE quickstart includes the PDF to your Mood Barometer and your Mood Map so that you can reprogram your life to manifest those things you love. I’m Gayle Maree, creator of 6 Dimensions of Healing, author, mother of 7 and Spiritual Counselor for over 23 years.

❓What makes intentions so powerful?⁠ ⁠ It's

🙏🏼This was LIFE CHANGING for me.⁠ ⁠ I di

🎯Nobody wants to duplicate the past. Unless of

😶Scary huh? This is what happens to most people

💛There is no better feeling than that aha momen

💗I'm sure you've heard of intentions. But are y

⁠☯️It's a GIFT to reflect on the past for an