I’ve been a Past Life Therapist and Spiritual Counselor for over 23 years, helping countless people find love and happiness, but my life hasn’t always been this focused and on purpose.

I grew up being told that I was moody and had a bad attitude.  This belief caused anguish in my life because of the frustration of thinking I’d never be able to achieve my dreams with the legacy of a bad attitude.

It seemed not knowing anything about happy relationships was a recipe for marriage disaster, so my first marriage only lasted 1 year.

That’s when I began a journey of self-discovery. There were so many dreams I wanted to unfold and that I didn’t even know where to begin. I knew I needed instructions, a blueprint and I began looking for one.

After searching for years and adding a piece to the puzzle little by little, I found the key to lasting love and happiness. And it begins within. I call it Soul Guidance.

It inspired me to write the 6 Dimensions of Healing and create a system that others could shortcut to find their own lasting love and happiness.

Less than a month after my first marriage ended, I came across an advertisement for a free evening introduction for memory improvement. I knew it was something I could benefit from as my memory retention was poor. (I could never have been an actor with all those lines to memorize.)

So I went along on Thursday night to the free session. It turned out to be a sales evening for a weekend course called Alpha Dynamics. Yes I did learn how to improve my memory and still use some of that today, but the course they were selling was so much more.

It was about healing yourself and distant healing others and the power of the mind. This was the mid 80’s and I’d never heard of anything like this before. But it was $400 and that was a lot of money back then. I also didn’t have any money.

However, as the Universe works, my ex husband had just given me $400, 2 days previously to buy another television as he wanted to take ours with him to his new home. Televisions were expensive back then. (I remember paying off one for $800 just 2 years later and that was only a 51cm, 25”. It’s hard to imagine now.)

So I realized I did have the money to pay for this course and before I walked out that evening, I had signed up and paid. I didn’t need a television and I was ready for a new beginning.

The course was both eye opening and life changing, even for todays standards. And it covered so much that was mind blowing. By the end of the weekend, my whole outlook on life had changed. Finally, I knew there was a path to happiness and I was in control of it.

We had been together a few short years and  times were tough. There was no steady income and we were growing a family. I stayed at home as a full time mother but there was no internet! Not even personal computers.

Books were still my main source of education. Fortunately the library was free so I didn’t need to buy them and I could borrow as many as I could find.

I was searching for purpose and meaning and beginning to discover that I was in control of my own destiny. The more I read, the more I wanted to know. 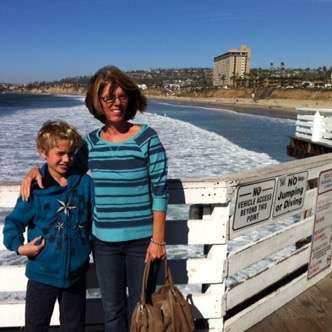 With Jamieson, our youngest

This little guy is now 6ft tall. It was truly a gift to travel with the kids. 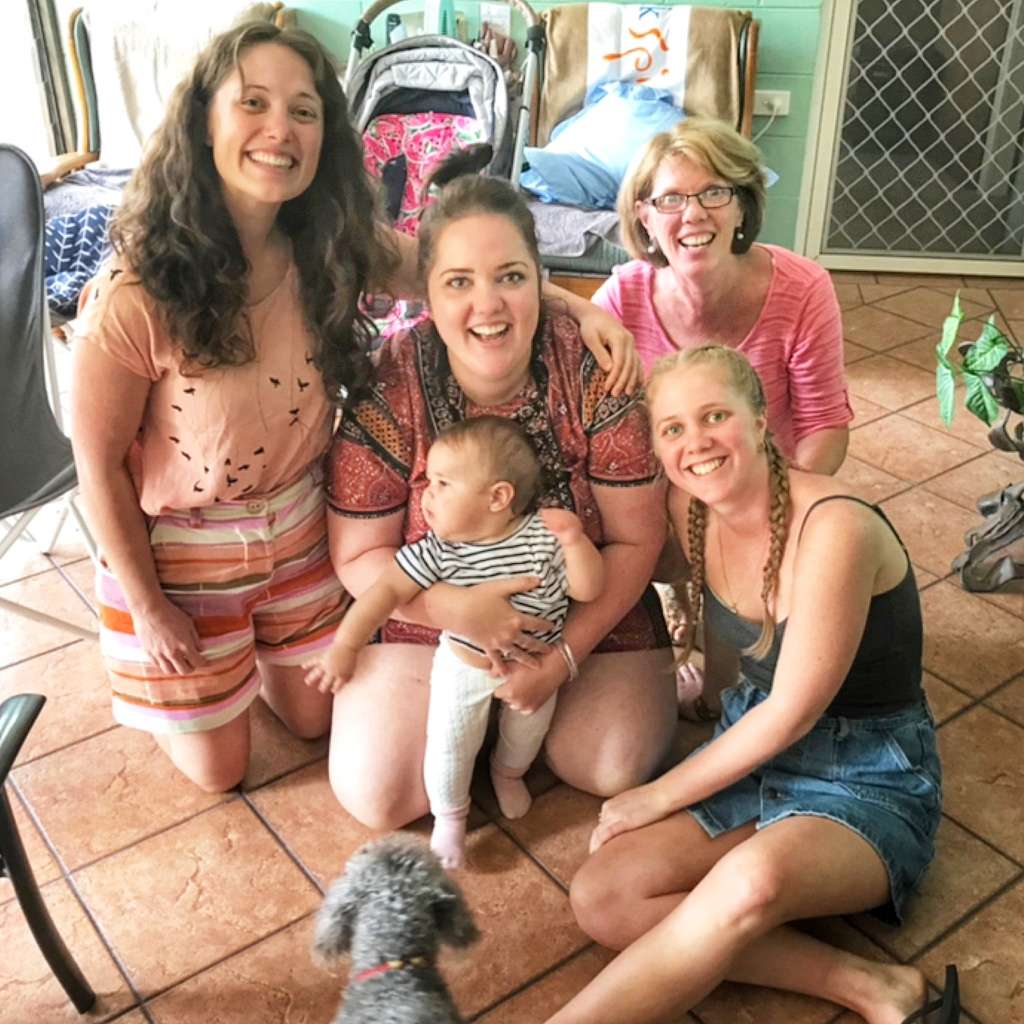 These are my girls and granddaughter. The 4 boys and Allan are missing from the photo. 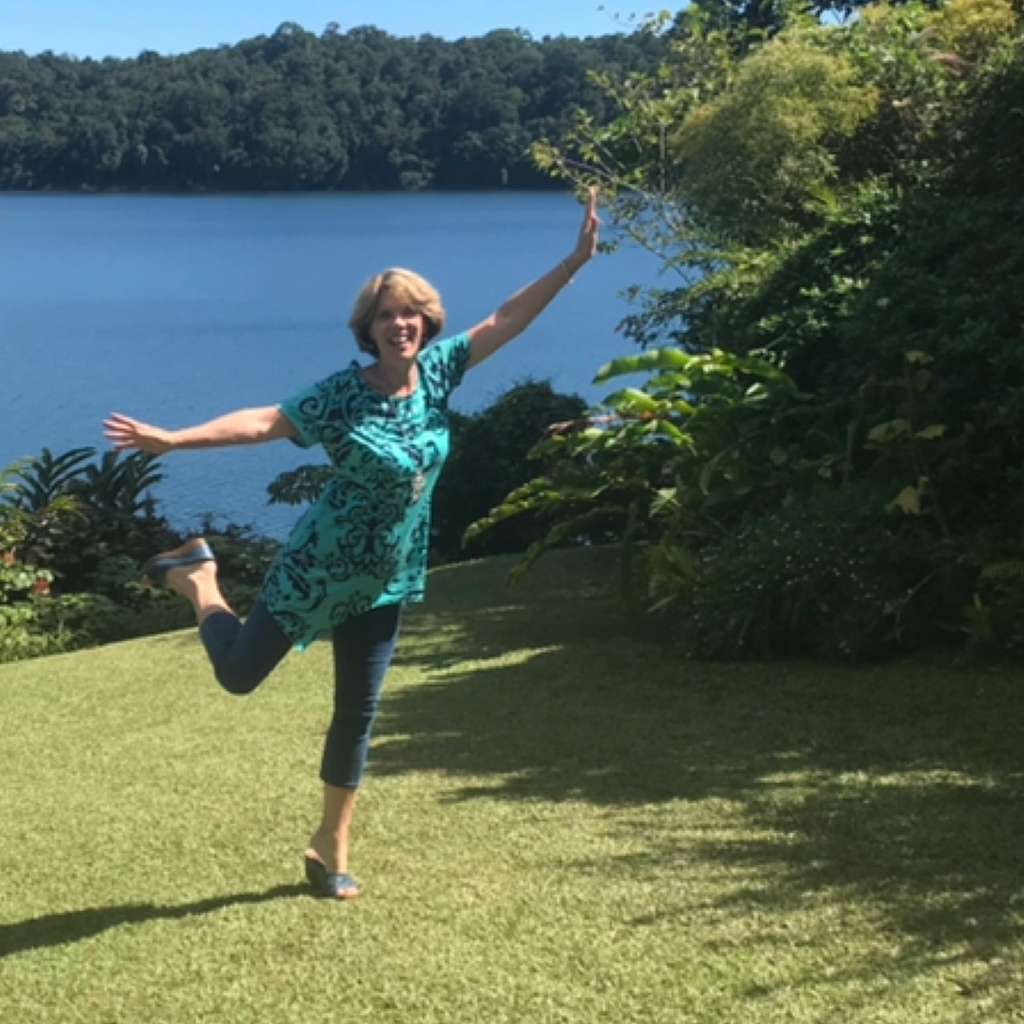 This volcanic lake is one of my favorite places in the world.

Just before my youngest daughter was born in 1999, I decided to become a counselor. There was motivation for that decision. I was frustrated with how relationships were unfolding in my life. I could see the pain so many people around me were going through and yet I felt powerless to help.

So I spent many years developing experience and designing tools. I began regular meditation, vizualization and healing practices. But most of those weren’t tools that I could give others. They were too ‘out there’, so I developed my own.

We now have a system that has helped people have better and more fulfilling relationships in their lives. Both with themselves and others.

It’s the same system I used to follow my bliss and make my dreams a reality.

There were glimpses of happiness throughout my life, but something had always happened to stuff it up. In fact, I had adopted a saying early on in life which goes “If something seems too good to be true, it usually is”. I applied that to to my life, thinking that when I was too happy, something also came along to stuff it up. It was an inner defence mechanism against pain but it didn’t work, because it actually became a self-fulfilling prophecy. I had some really poor patterns going on and I still had no idea I’d created them.

When I was young I was always called ‘moody’ in a critical way and I’d always been told from a teenager that I had a ‘bad attitude’. I thought it was something I was born with and it was just my lot in life.

In fact, I was peeved that I didn’t have the same opportunities as others who were successful. A lot of time my attitude played out in my life as being rude and uncaring, so I can see why I was guided into counseling. As I reflect, there were so many things that needed to change and I’m surprised my guidance was as patient as they were. But each time I shed an old pattern I’d be rewarded with new insights which gave me inspiration to the next step and the next. Looking back, it’s amazing to see how far I’ve come and exciting to think how far I have to go.

In 2006, an angel in the guise of a gutter cleaner (literally a man who cleaned gutters), asked me what I wanted to do with my life. I can’t remember what I told him but then I concluded by saying “but I probably won’t be able to do it”. He said “Do you realize you just undermined yourself?” When he said that, the penny dropped.

I realized I did that all the time. I also made a vow to notice and stop, from then on. He suggested I should read a book by Esther and Jerry Hicks called “Ask and It Is Given”. I rang my husband who had just heard of it too. He was away and said he picked up the last copy in the store.

When I eventually began to read this book (months later), it was life changing for me. The video The Secret had come out and it was motivational but superficial. Ask and It Was Given was the instruction booklet I had been looking for.

It helped me to understand a lot about my life. But I was confused because when I recommended it to people, very few actually liked it. Most didn’t get it.

So I began my own simplified and guided version of why things happen the way they do and how you can create what you want in life. It’s called “6 Dimensions of Healing”. The cornerstone is Mood Mastery. 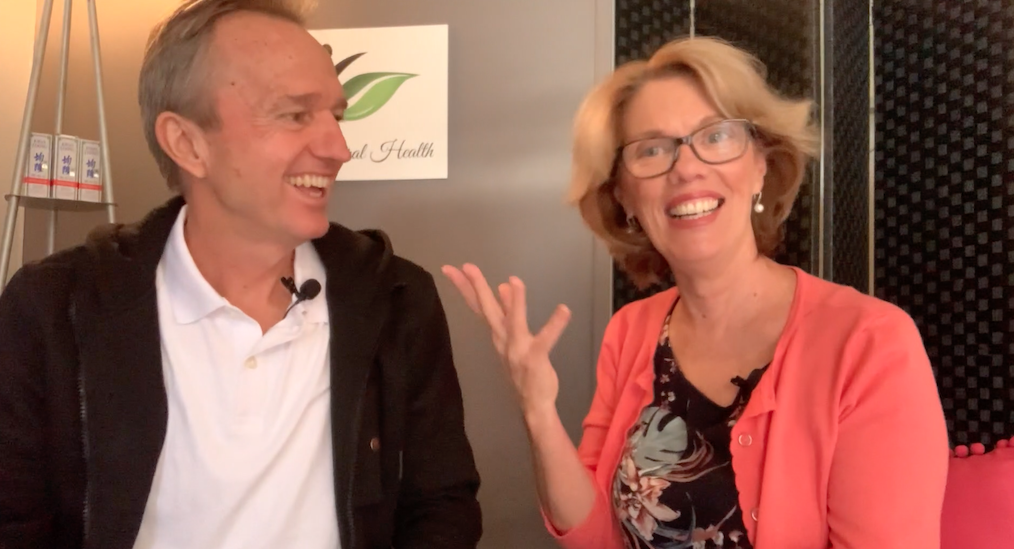 Developing Soul Guidance with The Masters

I had been guided all my life. It was just normal. I didn’t know I had wisdom beyond my years. When I was in my early teens I would give advice to the people who were complaining to my mother. They didn’t appreciate that and rudely retorted “what would you know?” Sure I was young and I thought they were probably right. However, it always came to pass that it was me who was correct.

When I went to a night of mediumship with a friend, the medium asked “who channeled the Masters?” I kept quiet but she pointed at me and said “It’s you isn’t it?” She said they’re telling you to ‘get on with it’.

So I started writing. It had always been a great avenue of expression. I wrote short stories that a magazine published regularly.

Then I wrote 6 Dimensions of Healing. Allan came up with the title and I just wrote and wrote. Often I’d discuss something I wrote with Allan and I’d be amazed because I hadn’t known that before. Which seemed strange considering I’d just written it.

Then came the long process of editing. It took 2 years to finish and it’s something I’m proud of. 6 Dimensions of Healing is a handbook that covers everything you need to live a life on purpose with meaning and fun.

Now it’s time for our next book. I wonder what the Masters have in store for us this time.

Begin with these 3 simple steps.

This FREE Quickstart includes the instructions to reunite you with the path of your Soul's Blueprint, to manifest a life you love.